The first global marketplace for cross-platform game trading has received $2,5 million investments during their token presale; "This sum has already exceeded the soft cap. It is a clear indication of the upcoming excitement during the first stage of the token sale." 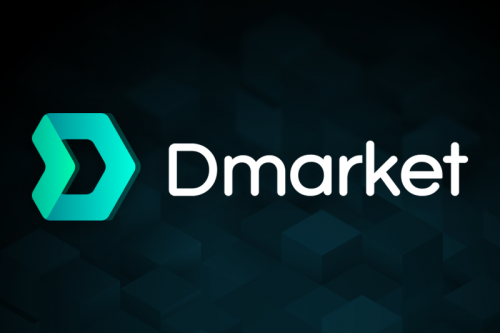 As Volodymyr Panchenko, the co-founder and CEO of the project has noted, "This sum has already exceeded the soft cap. It is a clear indication of the upcoming excitement during the first stage of the token sale."

On 17 August, 2017, DMarket opens their initial coin offering. The sales will begin at noon (12:00 PM NYC Time, UTC-4) and will last only 96 hours. The company is intending to trade from 5 to 50 million of DMarket tokens (the exchange rate during the first stage will be 1000 DMarket tokens for 1 ETH). Those contributors who will buy tokens during the first sales day will receive a 10% bonus. Investors who participated in the token pre-sale have also received such bonus. The contributors were mainly represented by investment companies and private investors. Pantera Capital, one of the most influential investment funds among those that specialize in blockchain and the biggest bitcoin owner among the venture capital firms, has supported the project.

DMarket is the first global marketplace for trading in-game content. DMarket tokens will become the major currency for the new gaming economy. Gamers will use them to sell, buy and barter items from any game on the new marketplace.

Vladimir Panchenko emphasizes that the number of transactions within the service will gradually grow, as will the value of the tokens. Given the fact that the number of issued tokens is strictly limited, this will provide the best guarantees of the coins' value.

The next "opportunity window" for investors will open in November 2017, during the second stage of the DMarket token sale. The price will be 25% higher compared to the first stage (750 Tokens for 1 ETH). The company is not planning to hold an additional emission of tokens after the end of the second token sale.

DMarket will create opportunities for trading virtual goods for gamers from all over the world. Until now, only 6% of 2.2 billion gamers had such a privilege. The company was already mentioned in the New York Times and other world-famous mass media.

The cumulative revenue of the gaming market reached $100 billion in 2016. It is estimated that this sum will amount to $128 billion in 2020.

About the DMarket Team

• Vladimir Panchenko is the founder and CEO of the DMarket. He is the #1 private merchant of computer games, with more than 15 million copies sold via eBay, G2A, and Kinguin in the past five years. He is also the founder of SkinsCash, the second largest marketplace for in-game items trading (more than 12 million items sold in 2016, $50M total annual revenue).

• Alexander "ZeroGravity" Kokhanovsky is the co-founder of the project with 17 years of experience in eSports, and the founder of Na'Vi (Natus Vincere), one of the most popular and successful eSports teams in the world. In 2016 he became a shareholder of ESForce Holdings, the third largest eSports establishment in the world with the total investments amounting to $100 million.

Check additional info about the project at www.dmarket.io.