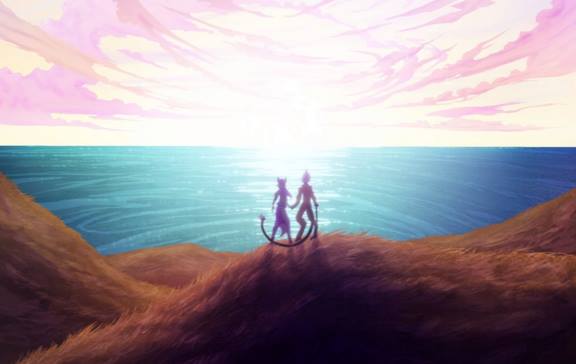 The unique and compelling tale of passion, conflict and love--all set in the vivid Dreamkeepers universe--is the first written novel to expand upon the Dreamkeepers saga. As Thomas noted, his novel includes never before seen characters, a brand new story line and a new enemy.

"What do you fight for? For your family? For love? For freedom? If you could choose only one, which would it be?" Thomas asked, adding that the characters will grapple with these important questions throughout the course of the new novel.

Ultimately, Thomas said, his new novel will give readers an important and poignant glimpse of what life is--with all of its beauty, all of its brutality, and all of its mysterious wonder, rolled into one single package.

In order to help pay for the costs that are associated with creating his new novel, Thomas is seeking financial support through a newly-launched Kickstarter campaign. As he notes, he hopes to raise around $18,000 through crowdfunding to help make his new book a reality.

The novel, which Thomas has worked on for five years, is being self-published by his company Corvus Publishing LLC, in collaboration with Vivid Independent Publishing. Instead of print-on-demand, Thomas is targeting retail-level distribution of the novel.

"If this project is successful, this book, and the DreamKeepers universe, will finally be available through traditional distributors for brick-and-mortar retailers to purchase and display for sale," he said.

To learn more, or to make a donation, please visit: https://goo.gl/8Rg6GB.

About The Wayward Astronomer:

The Wayward Astronomer is a science fiction / adventure novel set in the vivid and imaginative Dreamkeepers universe. Normally depicted though critically acclaimed graphic novels and a companion webcomic, The Wayward Astronomer is the first written novel to expand upon the Dreamkeepers saga. It features a brand new cast of characters, a new story, and a new enemy lurking in the shadows of Anduruna.